Founded in 1992, Encore Publications is as an independent publisher with a range of printed music comprising over 650 items. The catalogue enjoys a worldwide reputation as a specialist publisher of choral music, featuring the works of more than 100 composers. 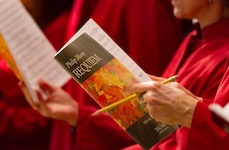 The church music and organ lists have both evolved from the music of leading musicians and academics of the highest caliber. This core activity is balanced by a rapidly growing range of instrumental and educational publications, as well as a number of compositions for orchestra.

We provide a comprehensive range of newly published items each year, including sacred repertoire. We encourage you to explore our choral publications devised for the different times and seasons in the Church year, such as Advent, Christmas, Epiphany, Lent and Easter. Our new publications include original pieces and arrangements. 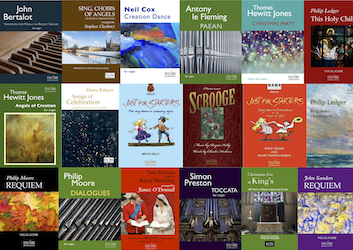 In recent times, Philip Moore’s Requiem has been a flagship publishing project. This adds to a catalogue which includes three major choral works by Sir Philip Ledger, his Requiem (a thanksgiving for life), The Risen Christ (an Easter cantata with carols) and This Holy Child (a setting of the Christmas story with five carols).

Choral works from the catalogue of Encore Publications have often featured in A Festival of Nine Lessons and Carols from King’s College, Cambridge, as well as other major events including the royal weddings of H.R.H. Prince William to Catherine Middleton, H.R.H. Prince Harry to Meghan Markle, and H.R.H. Princess Eugenie to Jack Brooksbank, and the funeral of H.R.H. The Prince Philip, Duke of Edinburgh.

We hope that you will find appropriate new repertoire for your musical needs.